A diaper rash gets worse if not treated on time. It is like those dirty dishes in the sink - when only a few, they seem easy to wash (handle) but as we delay, the pile increases until we have a sink full of seemingly unmanageable dirty dishes to wash.

Similarly, if your baby shows some skin rash signs, treat it right away or take steps to ensure that the infant rash does not get worse.

A diaper or nappy rash is common both in newborns as well as in babies who are big enough to roam around but are not potty-trained enough to stop wearing the great invention called diaper.

Getting information about baby diapers and the rashes they cause, along with immediate treatment is what every parent longs for. As obvious as it may sound, freedom from these rashes can help your baby be comfortable and happy. And you know the equation:

Diaper rash: what and why?

A diaper rash is a skin inflammation that is usually found within the area that a baby’s diaper covers and can usually occur if your newborn’s skin has prolonged contact with feces or urine. Such prolonged contact of wet diapers can occur for different reasons including the following: 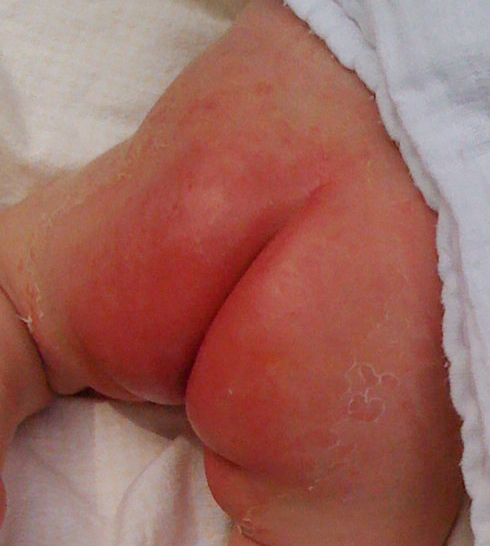 Many moms make their little ones wear the soiled diaper in order to drag an extra hour or so. Will this save them some money? May be a few bucks per week if they get lucky, but not in the long run.

Let me put it this way. What will you prefer:

The choice is yours.

For parents and caretakers of newborn babies, there may be times when another person (such as a nanny) is responsible for your baby's diaper changes. It is also possible that at such times, proper care may not be given to the baby to avoid baby diaper rash. For rashes that develop as a result of prolonged contact with soiled diapers, there are diaper rash ointments available for use as treatment.

Apart from diapers that are soiled, there are also other possible causes of baby rash that include:

Infections: Infections are generally caused by wet diapers. Even if a diaper is not soiled, it can get damp and this could also be a breeding ground for bacteria, which can cause the infection.

Friction: When there is friction between your baby’s diaper, skin and even clothes, a rash can occur. Rashes can break out because the skin is not getting enough air and is being irritated by whatever substance is enveloping the skin.

Chemical Irritation: Your baby’s skin may react by breaking out in rashes if it becomes irritated by certain substances such as chemicals that can be found in detergents, lotions and even baby wipes or baby soaps. Your baby may have sensitive skin and a rash may be the skin’s way of letting you know this.

Medical Issues: Sometimes, existing medical issues can be the cause or could trigger a skin rash in your baby’s nappy area. For example, babies who have eczema or are under some kind of medication such as antibiotics for another ailment can have this problem.

Need to know the perfect recipe of Homemade Baby Wipes? Click here to make your very own baby wipes at home - very easy and very affordable!

There are a number of home remedies that might be quite effective. I have a friend who always used to dab cornflour over the newborn rash area before diapering. This seemed to work for her. I personally tried it a couple of times with my baby and it actually worked, provided it was just the initial phases of the nappy rash. However, talcum powder should never be used on those cute little bums. Even in normal situations, after washing or cleaning your newborn, always massage baby lotion on the diaper area and then cover your baby up. Powder may cause that delicate skin to dry up and cause itching and rashes. 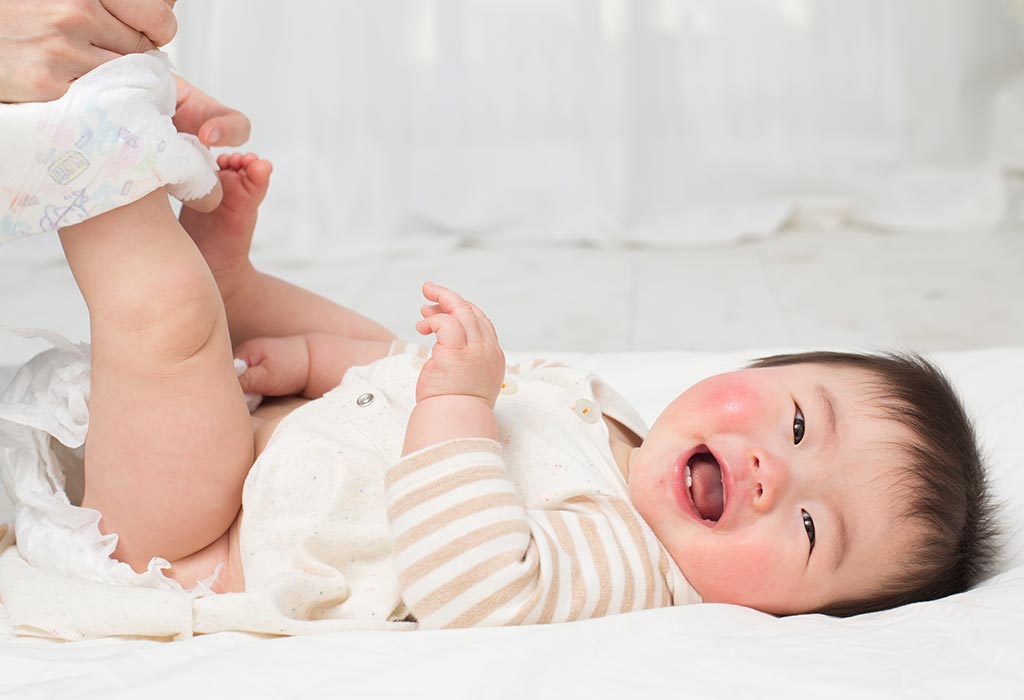 You can also go for nappy-creams or anti-rash creams that are available as over the counter medication in many drug stores, though  it is not generally recommended. But make sure you have an example of another baby in family who used it and it worked for him. Going for some anonymous tube/ cream is not a good idea at all.

In any case, do not prolong the diaper rash problem and consult a doctor. Let us slightly modify our equation: