Newborn Acid Reflux (also known as Gastro-oesophageal reflux) occurs when the swallowed milk, which can be formula or breast milk, comes back into the food pipe (or oesophagus), or even into the mouth of the baby. This is quite akin to heart burn in adults, and is similarly unpleasant and discomforting for the babies too.

Newborn Acid Reflux is a temporary condition and usually gets better with the passage of time. For novice parents, it can be frustrating and worrying; however, it is perceived as a normal instance and does not, always, point towards sickness. Some of you would be surprised to know that the frequency of such re-flux can be more than once a day, during the first three months of the baby.

Having said that, a minute percentage of infants do encounter repeated and consistent infant acid reflux which can take its toll on their overall health and is commonly known as Gastro-oesophageal reflux disease. 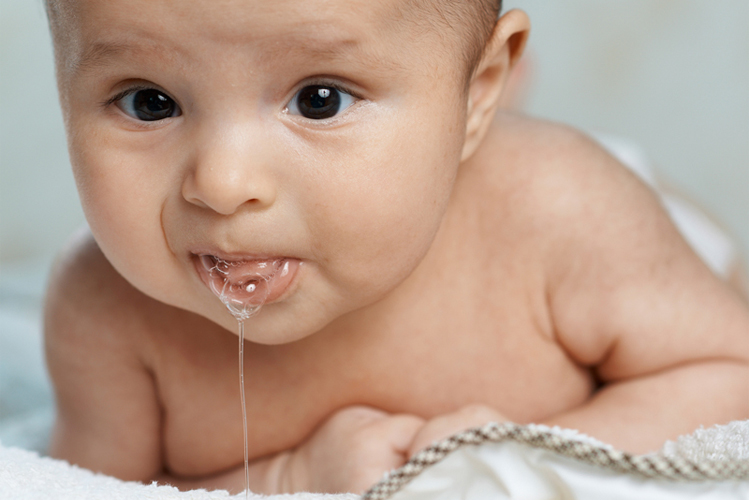 Few symptoms of infant baby reflux may include hiccups, coughing and vomiting of milk, after certain interval of time. When you notice any of the mentioned symptoms, do not panic, as this is a natural and normal reaction of a reflux in newborns, as long as the baby otherwise appears well. Please be vigilant for any excessive bouts of vomiting, coughing, or uneasiness in baby’s reaction.

Understanding how it happens:

It is important to understand that the food pipe is connected to the stomach by means of valve (which basically is a ring of muscle). This valve is not fully developed in certain infants and hence do not close properly once the milk goes into the stomach. Hence, when the baby‘s stomach is full, the mixture of milk and acid in the stomach travels back into the food pipe (as the valve is open) and this may cause the baby vomiting and coughing, amongst other symptoms.

Moreover, newborn reflux may also be attributable to a slow digestive system, which causes the milk to stay in the baby’s stomach for a longer duration, either due to an allergy or resistance to a particular source of milk.

As time goes by (usually when the baby gets to the age of 10 to 12 months), the valve joining the baby’s food pipe to the stomach starts developing and so does the stomach capacity. Also, the length of the food pipe increases and all this development eventually assists your baby in getting rid of newborn baby reflux.

As mentioned earlier, newborn acid reflux gets better with time. Make sure you follow the advice of your pediatrician, this too shall pass.